The People Behind Oracle Tree – A Side Hustle In Wee Waa

A side hustle. A job second to your main one. A passion project. Something that lights your fire, drives you creatively and fills your cup. Do you have one? Our COO Nikk does, and this week’s blog is all about the big project he’s been hustling on the side for the last few months. Read more to find out!

In an effort to show you more of the people behind our business, I thought that in this week’s blog I could bring you something entirely unrelated to marketing or the good work that we do at Oracle Tree.

A little look at my “side hustle”.

I use the quotation marks because I grimace when I say the term.  You see, for the past 23 years (prior to 2020), I ran a rehearsal and recording studio/PA hire company on Sydney’s Northern Beaches (along with my business partner who also happens to be Oracle Tree’s Chief Financial Officer, Paul.) The studio was known as Continuumusic and we were one of the longest running studios in the area.

As lifetime musicians, it was never a side hustle for Paul or I.  It was our main source of income for many years.  The music industry however is not what it was when we started and the business was certainly in decline.  But “side hustle”?  No.  It didn’t make a lot and most would consider it a passion project and nothing more but it was ours, built from scratch and run successfully right up until such time that it wasn’t.

The End of an Era.

We started that business in 1997 and it had sustained us (more or less) until Covid struck.  When the restrictions started, it affected us in a big way.  Everything in our roster got cancelled and, before the government were talking about JobKeeper or JobSeeker, it looked like we were going to be in some real trouble meeting our rent.  Right at the same time, our real estate agent was trying to negotiate a new lease with us that had a whole bunch of caveats that we were not pleased with.  One of which was their decision to increase our bond which required us to come up with another eight grand to have sit in their account.

We had been “umming” and “ahhing” about it for a couple of months. But then, Covid hit, things shut down and we decided that – without any work – it was time to close what had become an icon in the local music industry for almost quarter of a century.

I have to admit, I don’t miss paying that Northern Beaches rent!  I do miss the studio and its customers every day though.

Old pics from the Continuumusic studio

Of course not having a recording studio was unbearable for me and there was no room at home for it so, what does one do when they have a whole bunch of recording equipment, a passion for music and recording but nowhere to set it up during a global pandemic?

Well, of course one buys a house in Wee Waa.  (Yeah, you’ll need to Google it.  It’s very north-west NSW.)

Not just any house but a house built in 1900 that’s been ravaged by termites and neglect.

I had looked at all kinds of properties, commercial and residential, to set up my gear.  Somehow I stumbled across this place on the internet and just immediately fell in love.  It’s one of those crazy old federation mansion-style homes.  Six bedrooms, bullnose verandah, 3 metre ceilings, etc.  Enough room to build a recording studio and have accommodation for visiting bands.  A stunning old house in need of a lot of love.  Apart from everything else though, I couldn’t turn away from the price.  It used to cost me more in cigarettes a week when I smoked than I’m paying on the mortgage for it.  I needed to know that I could manage things even if I never got another recording job, which, let’s face it, I probably won’t given I’m about seven and a half hours’ drive from our previous location!

Although in a country town, this is a residential space.  It does have neighbours.  Granted, the block size allows for a fair bit of space between me and them but super duper soundproofing is going to be needed to ensure that I don’t bother them. I’ve only really just got started on that part.  I’m slowly but surely building my control room into what used to be the rumpus room.

The work is going slower than I’d like as there’s so much else to do to the place to keep it from falling over.  And, we are in the middle of a mouse plague up here at the moment. Just an added bonus. This has meant that making the control room mouse proof is currently more important than making it soundproof!

It’ll be a while before things are up and running at the new place.  Meanwhile little has changed in the music industry.  I am seeing a few of my friends filter back into the live music scene albeit at reduced gig sizes.  It is nice to see that things are returning to normal to some degree.  Hopefully, after the vaccine rollout is done I’ll be back mixing shows and performing myself, maybe even making money out of music again!  At any rate, things will never be the same for Continuumusic.  In the long run, that may be a good or a bad thing. I’m not sure yet.

The old house in Wee Waa 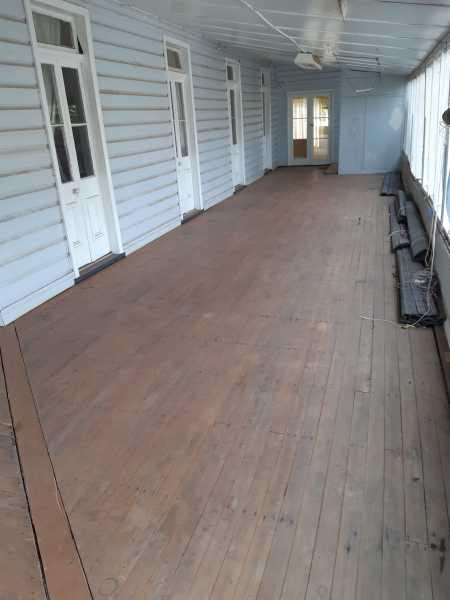